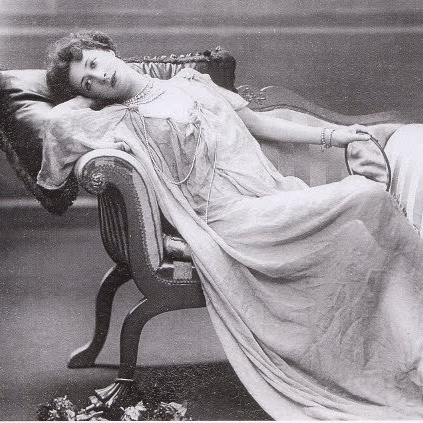 So I keep trying to write, but the fact of the matter is I’m bloody depressed. I have been for about three weeks now and it’s knackering and irritating. I thought I had writer’s block but actually, I think it was just the fact that I was trying really hard not to write about being depressed because depression is balls. For three weeks my mood has been like a drunk compass , swinging stupidly between no feelings, angry feelings, irrational weeping and occasional hysteria. Nobody is safe, particularly if you happen to be made of carbohydrate. Husband bought the wrong kind of chocolate chips earlier and I cried for a full half hour.

It’s SO frustrating. I want to get on with things, I have things to do- not even things I have to do, things I LIKE. I want to get going with wedding organisation stuff but I know I’m going to make cupcakes instead because that level of concentration required is beyond me right now. It’s tempting to elope, and blow the wedding budget on Route 66 to be honest, but I know I shouldn’t make big decisions like that when my brain has gone on a little holiday to that planet in Wall-E. 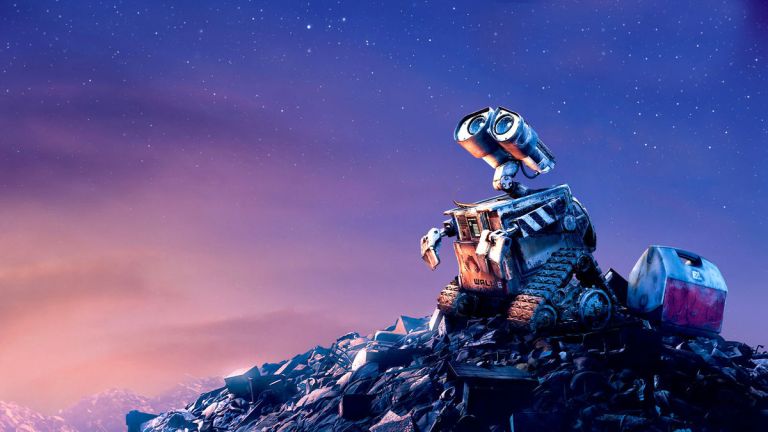 At present I’m in my jammies wondering how I can get myself out of this mess. I’ve tried most of the usual things. Cleaning is always a good one , it’s physical which releases endorphins and improves my surroundings- if you’re going to randomly shout at people , best do it from a clean room in my opinion. I think my next stop will be baking and crafting, and tending to my plants. And talking to people– need to remember to do that. Anyone, about anything, or I’ll end up hunched in the corner hissing at people who go by, like a little goblin who orders stuff off amazon and doesn’t wash.

That said, I had the mother of all baths last night in an effort to deal with the demon depression. Alice and I spent the afternoon mooching in town, which is always a costly mistake. Anyway, mindblowing misery is no reason to stop trying to save the earth (help me plz ahgfapqoethksjhdgkjhsghgggg ) so I used the opportunity to try out some new hippie bath stuff in my quest for an organic zero waste life. 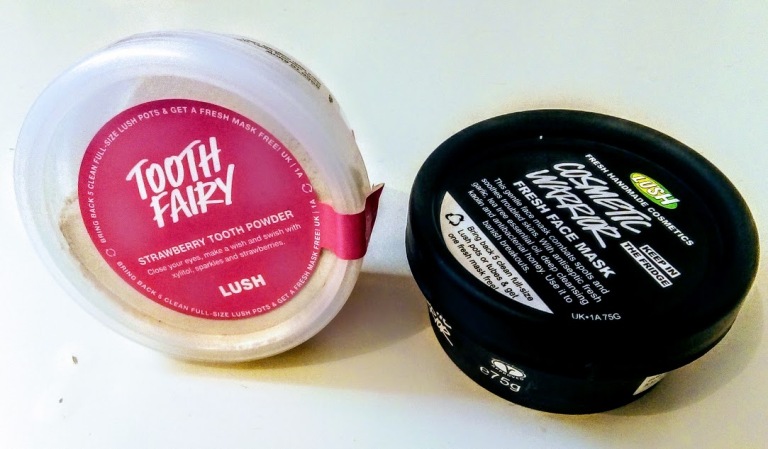 My skin has flared up horribly in the last two weeks, because when you feel like crap a bit of adult acne is just what you need, so when I was picking up my shampoo I also decided to get a face mask. I’ve always used “Cupcake” before now , but I spoke to the nice lady at Lush (you seem to have to pass some kind of niceness challenge before you work there and also know all the words to every song from the nineties) and she recommended “Cosmetic Warrior” . I will freely admit that I am marketing’s bitch, and I didn’t like the name as much, so I was hesitant. Especially when I smelled it and it was like , well…not to put too fine a point on it, it smells like hot garbage.“ WTF “ I thought to myself, but pretty lady informed me that it was very antiseptic and much stronger than cupcake so I threw caution to the wind and went for it. What a hugely fantastic decision of my life.

Definitely don’t put it on IN the bath because there is nothing relaxing about smearing garlic all over your face, in fact when I put it across my top lip under my nose I nearly called the whole thing off. I was so glad I had persevered though when it came off (no danger of accidentally leaving bits of this one on, blegh) . My pores were tightened right up (in a nice way), the redness had gone down, it seemed even (and this is disgusting) to have brought a few new “friends” to the surface so that they could be quickly dealt with by extraction and exfoliation. Surprisingly, the garlic smell didn’t linger (praise the Lord) . After moisturising, my face felt like a baby’s behind, so I absolutely recommend this if you are of a spotty persuasion.

My next purchase I wasn’t so sure about. “Tooth Powder” sounds a bit like something youu might get from a medieval apothecary but I was lured in by the pink packet. This was kind of a gamble because I didn’t do any research until after I had bought it but I have since done a bit of googling and found that the only substantial difference between “Tooth Fairy” and conventional toothpaste is that it doesn’t contain fluoride. I’m very pernickety about my teeth- I loathe people who have bad breath, I spent most of my childhood at the dentist and whenever I eat sweets I can still hear my father’s voice in my head saying “you only get one set of teeth in your life” – which is not strictly true but has still mentally scarred me.

Anyway, you dab your wet brush in the powder, which is pleasingly like using the art supplies in high school, and then just go to town brushing your teeth as normal. I’m not sure I got on with the strawberry flavour- call me old fashioned but the next one will just have to be mint. That aside, it worked wonders! It was very weird, but if this year’s zero waste experiment has taught me anything, it’s that weird isn’t necessarily bad. It foams like regular toothpaste and my teeth felt so smooth and clean after. All in all this was a hugely successful trip to Lush.

Extra Fuss? All wet facemasks are as messy as each other- the only thing I’d say about this is do NOT let it get under your nails
Equal to the High Street Version? FAR better.I could literally feel it destroying the grime in my face and made my pores smaller in one use
More Expensive? IT actually works out cheaper than buying the equivalent amount in individual packs from high street stores
Easily Available? Internet and high street

Extra Fuss? Literally none. It’s going to take a bit of getting used to but so did the shampoo bar and that stuff changed my life and my hair for the better
Equal to the High Street Version? Possibly even superior, time will tell
More Expensive? About the same price as a lot of high street toothpastes, but I’d been buying “Pearl Drops” from poundland so I took a bit of a hit on this one, although I feel like it will last a lot longer
Easily Available? Internet and high street

Ugh, in my brain haze I left a pasta bake out of the fridge and now the cat has covered herself in cheese. Please go hug a depressed person, the struggle is so real.